About
Portrait artists and painters in general have over centuries developed, a little understood, intuitive and open methodology that exploits cognitive mechanisms in the human perception and visual system. Compared with the original live sitter or the sitter’s photograph, the portrait artist is able to filter and manipulate using what cognitive scientists only recently have begun to understand about our visual and perception system including shape and edge detection, center of vision focusing and eye movement as well as color temperature relational space. Our research by first collecting (through interviews and reference data) a ‘soft’ qualitative knowledge space of how portrait painters achieve their craft, converts that soft data into an interactive parameterized computer model which sits on the rigor of vision, image processing and facial knowledge. This computer model is the basis for our XML based interactive knowledge toolkit that has a two fold interdisciplinary goal. First it is able to generate a correlated space of painterly rendered portraits from input photographs in a large style set which has application in computer based rendering for games and multimedia and second it can be used as a toolkit to explore interdisciplinary questions about the act of portrait painting by traditional and new media artists, art historians, cognitive scientists and other scholars. For the later area, it can begin to bridge these areas and show how artistic knowledge can lead to additional cognitive and human mind discoveries as well as understand a deeply creative, intuitive and human process of visual art making.

Visual Results
Ongoing visual results of the painterly system from input (people-based, non-professional) photographs and (XML based) configuration parameters. All images were gerenated automatically by the system — no hand editing/painting/retouching of any kind was used. This images are low resolution and compressed (and cropped) versions of the originals. See published papers in the download section for details. 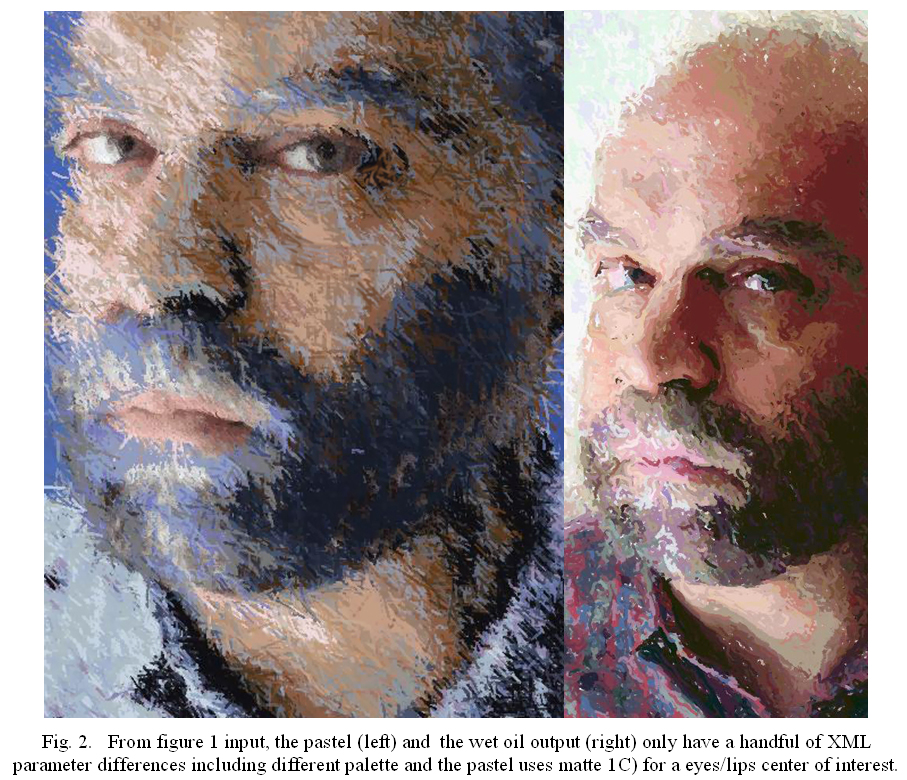 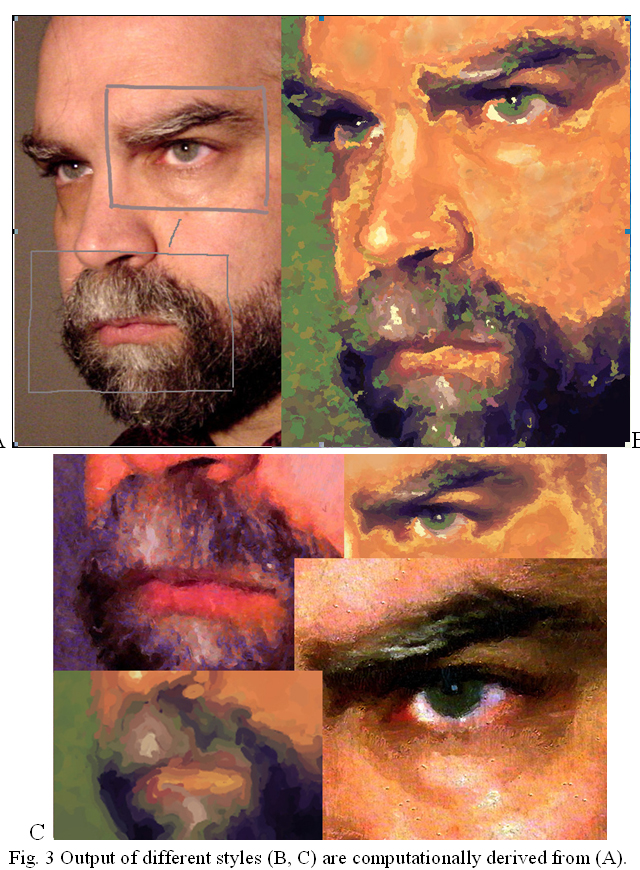 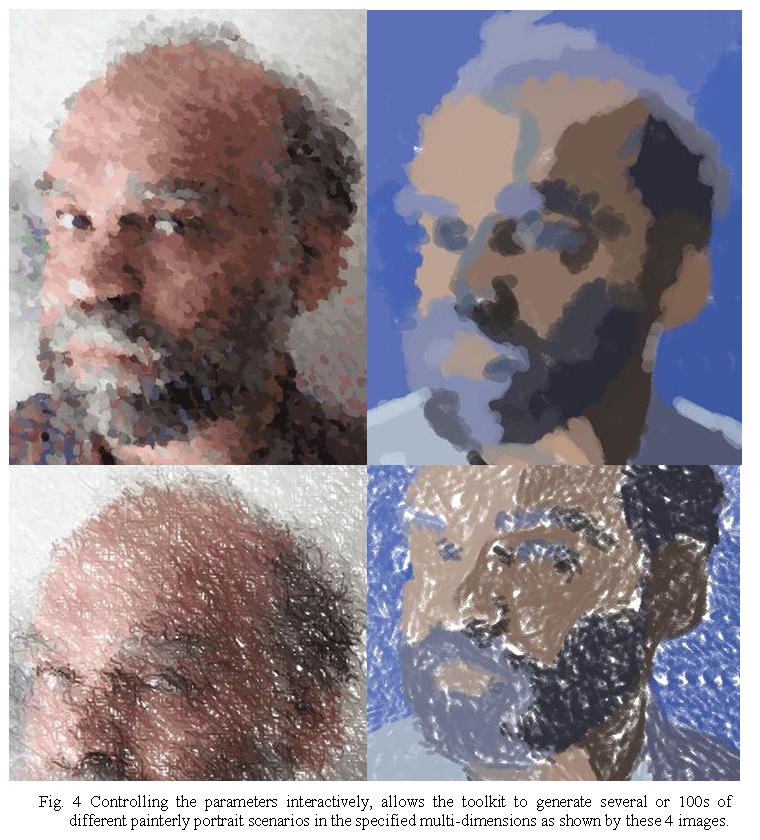